Creatine is in my eyes is probably the most controversial supplement currently around in fitness and bodybuilding. Many people claim that creatine is useless and does not do anything and some argue that it only makes you look better and doesn’t increase strength, while some say vice versa to that statement. This isn’t a new topic, and has been going on for years, infact this bodybuilding.com forum post will just show you how hard bodybuilders will argue over the effects of creatine all the way back in 2004 with hundreds of replies. In this article we will be looking at if creatine works, and we will be using science to support our answer, not broscience. 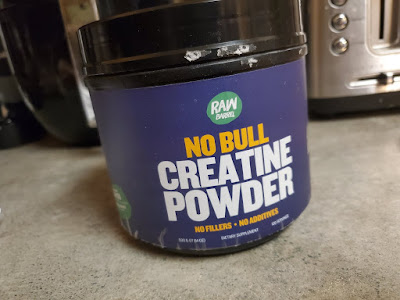 Table of Contents hide
1 What is Creatine?
2 History of Creatine
3 What Does Creatine Actually Do?
4 Controversial Claims about Creatine
5 Why is Creatine a Disputed Supplement?
6 Conclusion
6.1 Related

Creatine is a commonly marketed and sold bodybuilding supplement that is an organic compound with the normal formula “(H2N)(HN)CN(CH3)CH2CO2H”(Wikipedia), creatine helps convert your body’s used energy cells (ADP) back into full energy cells (ATP). You can think of ADP and ATP as a rechargeable battery, and creatine is help charging it back up. Many bodybuilders consume creatine with food or drink daily as part of their supplemental routine in hopes of increasing their strength and looks. I have been told it will help bloat your muscles up with water to look bigger and help you hit the last rep of your set after a long and grueling workout session. Creatine is found naturally in foods such as meat, but is commonly sold as a supplement in a tub. But how did creatine come around in the first place?

We need to understand the history to understand if this is credible at all, if creatine was marketed as this big and great supplement and the people that discovered it were people that just had extra creatine lying around and wanted to make a quick buck, we would see that creatine is likely not that reputable. Infact, this is exactly why bacon is so popular, the industry had tons of extra bacon lying around and nobody bought it, so they made up lies and covered up health risks to make a lot of money according to Adam Conover from the TV show Adam Ruins Everything.

Creatine was discovered in “was first discovered in 1832, when Michel Eugene Chevreul extracted the compound from meat”(Jeremy Soroka). Again according to Jeremy Soroka at https://www.scq.ubc.ca/an-introduction-to-creatine/ he states that creatine did not even become a common supplement until 1990 when two olympic stars said creatine was the reason they performed so well, and then they sold like hotcakes.

Creatine has not been popular for a long time or studied in the long term either. It is similar to tobacco/cigarettes where people really did not know the effects that smoking would cause until we saw them years later. Creatine is the same way, according to WebMD, “although there is evidence that in the short term, creatinine is safe for high-intensity resistance training”(WebMD). So while we know in a short term setting creatine is safe and natural, we are not too sure on the long term effects. However, since it is a chemical present naturally in meats and used by your body I would assume it is healthy, but then again it may lead to possibly an increased risk of say different forms of cancer. (but we will cover some minor smaller scientific studies of long term creatine use later on).

What Does Creatine Actually Do?

In order to get essentially an unbiased view of the effects of creatine I will attempt to use the most unbiased sources I can. I am choosing on purpose to not include any fitness related websites in this next cross-examination because they may have personal beliefs on what creatine does.

The MayoClinic is always a reliable and unbiased source we can rely on. For the most part, the MayoClinic states that creatine can provide a boost to those who need quick bursts of energy such as weight-lifters or sprinters. The MayoClinic also says there isn’t much research creatine does much more than assist with exercise. Additionally, the MayoClinic confirms creatine is a safe supplement reassuring us by stating, “While taking creatine might not help all athletes, evidence suggests it generally won’t hurt if taken as directed”(MayoClinic).

We took a look at an unbiased source, but now we are going to look at some of the more controversial claims involving creatine, some of the “bro science”, and we will attempt to see if we can back it up with science.

According to a bodybuilding.com article published in late 2018 (very recent to publication of this article) the author Layne Norton who is an accredited author with a BS in biochemistry and a PhD in nutritional sciences has bold claims about creatine. While the author is definitely more than reliable with his education background, let us see if we can support his argument about the benefits of creatine.

One of the claims he makes in the article is that it gives you more energy. Well, since science is commonly taught at even a 10th grade level that the body uses ATP energy, and since we know from earlier that creatine changes ADP to ATP, we can confirm that is true.

Another bolder claim Norton makes is that “creatine holds and this is its ability to hydrate muscle cells.2 When muscle cells are hydrated a few things happen, the most notable being an increase in protein synthesis. Plus, when your muscles hold more water, they look bigger and more pumped up”(Norton). I have heard this one before, let us look a bit deeper into it. It appears Norton backs up his claims with a reliable National Institute of Health article at (https://www.ncbi.nlm.nih.gov/pmc/articles/PMC1133146/) and since Norton does have such a good background in his education and has publicated many books relating to health and fitness we can assume this is correct as well.

Jeff Nippard who is an incredibly popular YouTuber and bodybuilder with over a few million subscribers also has an incredible YouTube video reading some of the science studies regarding creatine which you can watch embedded here:

If creatine has these bold claims supported by highly educated people and science articles, how come creatine is such a disputed supplement?

Why is Creatine a Disputed Supplement?

Creatine is a disputed supplement for little reason. Many places criticize its involvement as a supplement to take due to the fact it has some rare side effects (as most medications do) and the fact it has not been studied long term. However, there are many scientific studies stating that long term creatine supplementation is actually okay and does not affect people negatively (according to the Exercise Laboratory at the University of Memphis). The University of Rochester Medical School has published a very misinformed article claiming that creatine is very dangerous to supplement with, however, they also claim that taking a multivitamin can be very dangerous as well. While I do respect that they are a place of education, the paperwork was only reviewed by a nurse and a doctor who is an orthopedic surgeon, with little expertise in the sports field. It seems that while his education is credible, author Layne Norton with a PhD in nutritional sciences would have far better knowledge about this than Thomas N Joesph. I will have to unfortunately claim the University of Rochester’s page advising against supplements as just not credible due to the fact they have little sources or doctors reviewing their pages and make incredibly bold claims without proving it.

Today we learned that creatine is actually a very safe and natural supplement that will help your muscle grow slightly, make you look bigger, and give you more energy. Sure, it might not be a crazy amount of energy, but for athletes that really need to make that 0.01 second on their sprint to break their team’s record, it might be just the right thing. You can typically find creatine on sale in tubs or bags for cheap, I personally purchased No Bull Creatine because it is pure creatine monohydrate with no chemicals or anything added! Thank you so much for reading, and leave a comment telling me your thoughts on creatine.

3 thoughts on “Everything YOU Need To Know About Creatine (does it work?)”

No content on this site is to be interpreted as medical, financial, or any type of advice. Please seek a physician before consulting any activity. This site is only opinion based work and should not be followed.